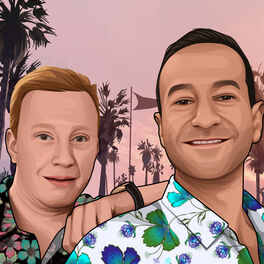 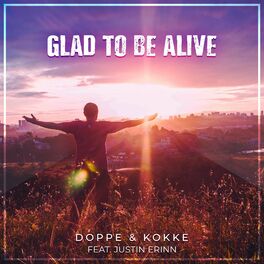 Glad to be Alive

See it in your Ayes

When the morning comes

Hanging by a thread

Asleep in the Alley

Away at last (feat. Olya Gram)

Doppe & Kokke Originally born in Stockholm, Sweden, the duo of Doppe & Kokke discovered an unbreakable connection to music and a bond shared between them that instantly brought out the best of each other’s creativity. As they refined their talents throughout the years growing up, they made a pivotal move to Switzerland, where they’re currently based today, to pursue their career and turn their dreams of making music into their new daily reality. Every step they’ve taken has moved them forward – D&K have made giant leaps within their own evolution that have moved their unique hybrid EDM sound closer toward the spotlight where they belong, and confirmed that the path they’ve put themselves on, will lead directly to success. With a genuine gift for creating music that’s uplifting, bright, bold, and beautiful – Doppe & Kokke make radiantly sincere material designed for all to enjoy. From their sparkling colorful melodies & relentlessly addictive hooks, to the shining degree of appealing sound & their comforting vibes – Doppe & Kokke has the ability to connect listeners all around the globe through music that moves the mind, body, and soul. Proven through the wild numbers of clicks, plays, and listens throughout the world online generated by the duo throughout their groundbreaking year in 2021 – the love & support for Doppe & Kokke’s music has been growing strong each and every day as they continue to establish their name in the EDM scene. Before their first year as a professional duo was even complete, Doppe & Kokke had released an all-out remarkable amount of music into the world that spanned over twenty-five projects, several EPs, singles, and videos that revealed the stunning versatility in their EDM style in a variety of exciting ways from the screens to the speakers. Ready to surge through the years to follow as they build their own legacy on a supreme mix of evocative sound, cutting-edge digital vibes, and their own commitment to excellence – Doppe & Kokke are guaranteed to catch your attention for all the right reasons – and better yet, keep it.