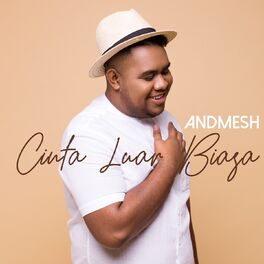 Andmesh Kamaleng won hearts across Indonesia with his appearances on the country's 'Rising Star' talent show and has gone on to make a name for himself with big pop ballads and jazz rhythms.

Andmesh was born on Alor, an island at the Eastern tip of the Nusa Tenggara islands, on April 15th, 1997. Andmesh's father, a keen keyboard player, encouraged his son to embrace music from an early age and would often take the future pop star to sing in church. The young Andmesh competed in a number of early school singing competitions and, as part of a band, won a high school talent contest.

That win arguably set the stage for the next few years of his life, with 2016 seeing Andmesh enter 'Rising Star Indonesia', ultimately winning the contest in March 2017 with 80 per cent of the public vote.

The win earned him a contract with HITS Records and his first single, 'Jangan Rubah Takdirku', came out in August that year. 'Cinta Luar Biasa' followed in 2018 and 'Hanya Rindu', about his late mother, was released in 2019, racking up nine million views on YouTube in its first three weeks of release.