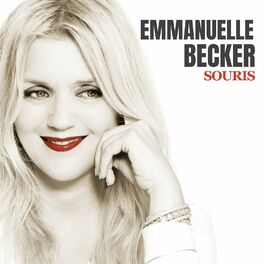 Emmanuelle Becker is a French singer-songwriter (She is also a novelist). After years spent working behind the cameras of television sets , she decided to pursue her passion for music and writing. She published her first novel "La rivière des doutes" in 2016 with Anne Carrière Editions and has since released her 1rst single « Souris » («Smile») on june, the 25th, 2021, a rock-folk track which speaks about keeping faith in oneself and the future when all collapses. An album is in preparation. All her songs, written in francs, deal with Hope, Life and Love. Inspiring and universal lyrics which draw their sensibility from the traditional French repertory (Cabrel, Goldman, Calogero,...) on melodies which mix sensitivity and energy, influenced by Bruce Springsteen and U2 on international, and Gérald De Palmas, Jean-Louis Aubert, Louis Bertignac for French music The video: https://www.youtube.com/channel/UCR_sUTgEsyTmXJYjfO_fUxw