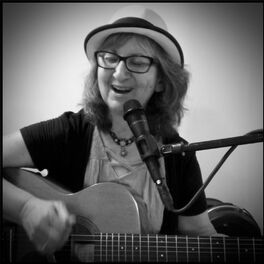 Pass It on Down

LINDA SUSSMAN (lindasussman.com) is a New York-based singer-songwriter whose music blurs the lines of contemporary folk, folk-rock and blues and spans universal topics from love and heartache to cries for social justice. Sussman's vocals are reminiscent of Joan Baez and shades of Joni Mitchell and are backed by her strong rhythm and fingerpicking guitar styles (with a touch of slide). Linda Sussman's music is played on radio stations internationally, across the US (including NY's WFUV), UK, Europe, Israel and elsewhere. Sussman's latest full-length album—THESE WALLS—has 11 new original tracks and was released in February 2021. Joining Sussman on the tracks are a number of stellar musicians who add a whole lot of sparkle. THESE WALLS follows closely behind her two other projects: PASS IT ON DOWN (2019) and EVERY ROAD (2018). / [One of the tracks on THESE WALLS was first released in November 2020 as a single and was met with immediate recognition: "Both a rallying cry and and an uplifting anthem for our times, this is music you need to hear." — Ron Cooke, KTAL radio host] / Linda Sussman typically tours as a solo artist, though back at home she also performs with her band, the Linda Sussman Collective (comprised of her studio musicians!). She has shared her music over the years at a wide range of venues, inspiring audiences to sing along on her hard-driving, relationship-rebuilding song "Layer Me Up," groove to her "Truckload of Blues" tune, check in at a personal level on "The Change," and at times step away from the daily news in "Let’s Just Boogie."