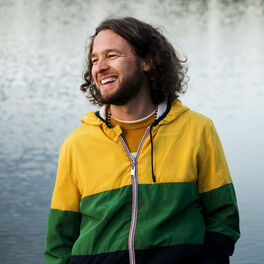 Elia Gunnar Salomon, known as Elijah, was born on August 20, 1986, as son of an Italian father and a Swiss-Norwegian mother. He is deeply rooted in his hometown Zurich, and up to today, the multicultural city is the source of his music and inspiration. Elijah is a multilingual singer and songwriter with songs in Swiss German, English, Jamaican Patois, Spanish and French he represents a culture of co-existence without boundaries based on language, religion or nationality. Elijah also breaks down the traditional boundaries as far as his musical style is concerned. While his music has its origins in roots reggae, he has recently complemented and refined it with dub, bossa nova, rap and blues elements. This is a welcome change for him as multi-instrumentalist who, apart from singing, also plays the flute, the akete drum and the guitar. His musical versatility manifests itself in the vibrant and organic sounds and rhythms of his new album “Eat Ripe Fruit”. Elijah writes and produces most of his socio-politically, historically and philosophically influenced music himself and founded his own record label “One Camp” in 2014.