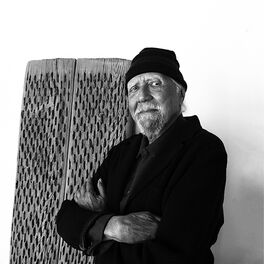 8: Kindred Spirits (Live From The Lobero)

Of Course, Of Course

The Best Of Charles Lloyd

by Charles Lloyd & The Marvels

We've Come Too Far To Turn Around

I Long To See You

by Charles Lloyd & The Marvels

Given his first saxophone at the age of nine, Charles Lloyd developed a love of jazz as he listened and learned from the greats including Duke Ellington, Charlie Parker and Lester Young. He perfected his craft before going out and promoting himself, getting jobs as a sideman for Howlin' Wolf, B.B. King and Bobby 'Blue' Bland. At the age of 18 Lloyd left his hometown of Memphis, Tennessee and moved to Los Angeles where he studied for a degree in music at the University of Southern California.

In 1960 Lloyd was appointed music director of Chico Hamilton's band. He also penned much music for Hamilton, with his albums 'Impulse!', 'Passin' Thru' and 'Man from Two Worlds' all featuring Lloyd's songs. Lloyd parted ways with Hamilton in '64, joining the Cannonball Adderley Sextet. Although only staying with Adderley for a year, he notes him as one of his biggest influences. In 1965 he formed his own quartet that featured Keith Jarrett on piano, Jack De Johnette on drums and Cecil McBee on bass. They released 'Dream Weaver' and 'Forest Flower: Live at Monterey' in '66 and became one of the first jazz groups to sell one million copies of a record.

The '70s was a quiet decade for Lloyd, just appearing as a sideman for a few groups here and there. He toured with Michel Petrucciani in 1981 and regained his place in the world of jazz. In the late '80s he signed with ECM, putting out albums 'Fish Out of Water', 'Canto', 'Voice in the Night', 'The Water Is Wide' and 'Lift Every Voice'. He celebrated his 75th birthday in 2013 with a series of concerts in America followed by the announcement that he was being awarded the NEA Jazz Masters Award for 2015. He released a live record, 'Wild Man Dance', later that year, and was shortly after inducted into the Memphis Music Hall of Fame.

Not one to fade into obscurity, at the age of 79 he released a brand new album, as Charles Lloyd and the Marvels, 'I Long to See You' in 2017. Featuring guitarist Bill Frisell, bassist Reuben Rogers, drummer Eric Harland and Greg Leisz on the pedal steel guitar, the record sees guest vocals from Norah Jones and Willie Nelson and is a collection of traditional hymns, anti-war protest songs and re-imagined classics from Lloyd's songbook. 'Passin' Thru', a live album recorded at the Montreux Jazz Festival, was also released in 2017 and 2018 saw him release his 43rd album 'Vanished Gardens' with The Marvels and special guest Lucinda Williams.