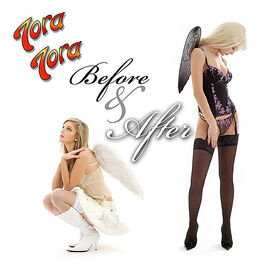 Son Of A Prodigal Son

Memphis four-piece Tora Tora brought some Southern twang and heartland grit to the world of soaring power ballads of the 1980s, but were ultimately shunned by the music industry when the grunge scene came along in the early 1990s. High school friends Keith Douglas, Patrick Francis and John Patterson originally started playing together in their teens in a garage band called Liken Throat, but recruited front man Anthony Corder in 1985 and, between lawn mowing jobs, they started out playing basement parties for beer money. Taking Iron Maiden, AC/DC and Van Halen as their main inspirations, they cut their teeth playing in Beale Street bars, before taking the top prize in a state-wide battle of the bands competition, which won them free recording time at Ardent Studios. It allowed them to cut their first EP 'To Rock to Roll' in 1987 and their reputation built when Memphis radio station Rock 98 took a liking to them and started giving them airplay, and they began putting on their own shows in the warehouse of a glue factory owned by the father of guitarist Keith Douglas.

With little to do in the area for under-age kids at the time, their DIY shows would draw hundreds of fans and the band ended up attracting scouts from major record labels, landing a deal with A&M Records. They also opened for Alice Cooper, before their debut album 'Surprise Attack' went on to reach number 47 in the US charts in 1989 and singles 'Walkin' Blues' and 'Phantom Rider' received regular play on MTV. Their track 'Dancing With a Gypsy' also gained popularity thanks to its use on the soundtrack of hit Hollywood comedy 'Bill and Ted's Excellent Adventure', and the raw, rough edges of their sound was gradually polished into glossy, stadium rock anthems on second album 'Wild America'. There were also occasional rootsy nods to Tennessee's rich musical history in their sound, but they failed to chime with the wave of ragged, alternative acts and more blistering, metal thunder that had begun taking over the US rock scene, deciding to disband in 1994 after their label refused to release their third album.

Remaining good friends, they reformed in 2008 for club shows in Memphis and a performance at Rocklahoma Festival and ended up landing a deal with Nashville label FNA Records to release unreleased material on albums 'Bombs Away' and 'Miss B. Haven'. Four decades after their debut album, they returned again in 2019 with new material on 'Bastards of Beale' recorded at the legendary Sam Phillips Studio with producer Jeff Powell.