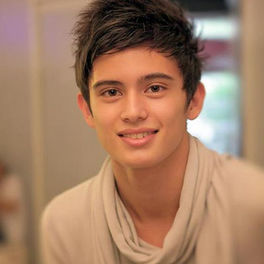 If I Ever Fall in Love

All I See is You (Koyla Remix)

Robert James Reid, who goes only by James Reid, is an actor and pop singer who was born in Australia with an Australian father and Filipino mother and moved to the Philippines as a teenager. He gained fame when he won the television talent show 'Pinoy Big Brother: Teen Clash' in 2010 and went on to star in roles on TV and in films. In 2011 he released an EP with talent show rival Bret Jackson titled 'We Are Whatever'.

His eponymous debut album came out in 2013 followed by 'Reid Alert' (2015) and 'Palm Dreams' (2017). In 2018, he released a mixtape titled 'Careless Mixtape' with the track 'Summer' with pop singer Nadie Lustre, which was released as a single in 2019 as was 'Risky' featuring KINGwAw. His 2019 schedule included appearances at venues across the Philippines.