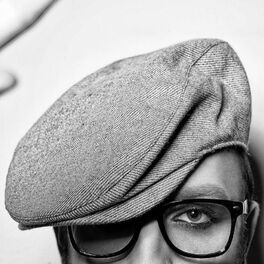 The Soul Has No Gender

The Book Final Chapter: Heaven Shall Be

Dani’el aka Danijel Majcen, synth pop artist from Croatia introduced himself with his debut album “The Book” by Conzoom Records, Germany, 2013. Album has many brilliant reviews, thirteen weeks on European Alternative chart and is marked with 4 of 5 stars by Rolling Stone Magazine. In collaboration with many artists he has given us remixed debut album “The Book: Revision” in April 2014 by Dita Entertainment. Dani’el’ s entire work is conceived as a great artistic masterpiece with distinctive voice and he’s not just trying to sound similar to everyone else in electro, synthpop, but above all his visual appearance is extremely impressive which can be seen in his fashion music videos. Due to the fact that singles “Safe” and “It’s Time” from debut album ‘The Book’ were a great success, Dani’el was picked up by Spotify itself to be added in their more than 20.000 followers strong “Fresh Electro” playlist and holding the #1 spot on Deezer for a month. His musical education began at the age of 7 at the School of Music in Varazdin, studying clarinet and vocal training. In 1995, he enrolled at the Academy of Music, University of Zagreb, and 4 years later completed his postgraduate studies. Today, he’s working as a professor in the School of Music in Zagreb.