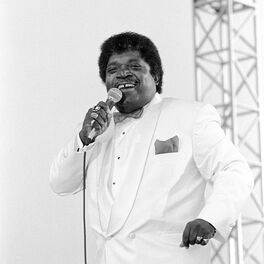 When a Man Loves a Woman

When A Man Loves A Woman (Mono)

Take Time To Know Her

When A Man Loves A Woman

The Ultimate Collection - When A Man Loves A Woman

The Best Of Percy Sledge

From working as a hospital orderly to producing one of the all-time classic hits, Percy Sledge's life took an incredible turn in 1966. One of the patients at the hospital in Sheffield, Alabama arranged an audition for Sledge with producer Quin Ivy. Together they recorded the emotional ballad When A Man Loves A Woman and, before you knew it, Sledge was sitting at the top of the US singles charts. His bellowing, committed performance made the song one of the genre's great anthems and set him up for further hits with Warm And Tender Love, It Tears Me Up and Take Time To Know Her. When A Man Loves A Woman would become a Number 2 hit in the UK in 1987 when it was reissued in conjunction with a Levi's advertising campaign and Michael Bolton crooned his way to a Grammy Award for his cover version in 1991; while Sledge had something of revival working with Bobby Womack, Steve Cropper and Mick Taylor on the album Blue Night (1994). Still touring and performing, Sledge was inducted into the Rock and Roll Hall of Fame in 2005 and duetted with Cliff Richard on his 2011 album Soulicious.