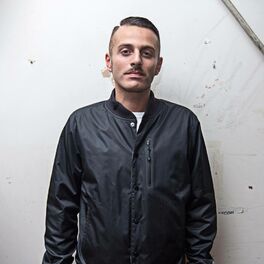 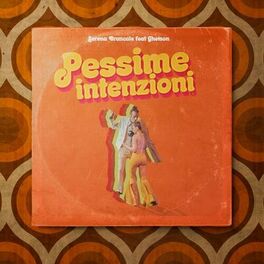 Per la mia gente / For my people

Ghemon is the stage name of Italian rapper Giovanni Luca Picariello, born on April 1, 1982. A hip-hop purist from Avellino in Southern Italy, he started off as a graffiti artist and then MC’ed in several local rap collectives throughout the 90s before moving to Rome to obtain a degree in law theory in 2002. There, he became involved with the label Soulville, who released his debut EP Ufficio immaginazione (2006) to great critical acclaim. Following the release of the Qualcosa cambierà mixtape, his studio debut La rivincita dei buoni saw the light in 2007 and featured production by Mr. Phil and DJ Shocca, among others. Thanks to the album’s success, Ghemon was named Hip Hop Brand New Artist 2007 by Basement Magazine. In 2009, he teamed up with producer Fid Mella and DJ Tsura to form the group Ghemon & The Love 4tet, whose only album E poi, all'improvviso, impazzire, made waves in the Italian underground hip-hop scene. A sequel to his 2007 mixtape, second full-length Qualcosa è cambiato - Qualcosa cambierà Vol. 2 arrived in 2012 and was followed by Orchidee (2014) and Mezzanotte (2017), an album in which the artist documented his struggles with depression. In 2019, he participated in the 69th edition of the Sanremo Music Festival with the song “Rose viola,” finishing in 12th place. The following year, Ghemon returned with the romantic Scritto nelle stelle, which peaked at Number 2 in Italy and featured singer Malika Ayane on the lead single “Inguaribile e Romantico.” Preceded by the single “Momento perfetto,” which was presented at the 71st edition of the Sanremo Music Festival, the eclectic E vissero feriti e contenti hit the shelves in 2021 and found Ghemon tackling on such varied genres such as reggae, R&B, and electronica.