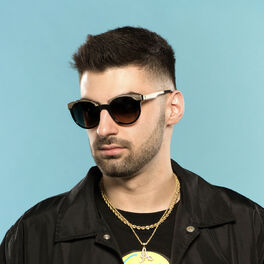 In the short time since his initial climb to stardom, Dirty Audio aka Andrew Assatourian, has been a force to be reckoned with. His own signature sound has emerged as a dynamic and sophisticated sound with a the theme of heavy-hitting bass. Today, his guaranteed party-starting ability has made Dirty Audio a household name across the globe.   After a string of successful productions, Dirty Audio had established himself as promising talent with a knack for creating hard dance music. However, it wasn't until 2016's release of his original "Gettin' That" on Diplo’s imprint Mad Decent, that the international dance circuit truly welcomed him into their ranks. With its driving sub-bassline, grimy synths and clear hip-hop influence, "Gettin' That" represented a foray into a new realm of electronic music that resonated with fans who were crossing over from other genre demographics. His approach to creating hybrid dance music with a guaranteed dirty beat has garnered him attention from some of the industry's most respected labels - including Mad Decent, Ultra, Dim Mak, Monstercat, Barong Family, and more. Dirty Audio has touched down all over the world to dole out doses of his dance-worthy beats. Touring everywhere from the USA to Europe to Australia to Asia, he has brought his electrifying sets to all corners of the globe including stages like EDC Las Vegas, Lollapalooza Chicago, Coachella, Electric Forest, EDC China, and many more.