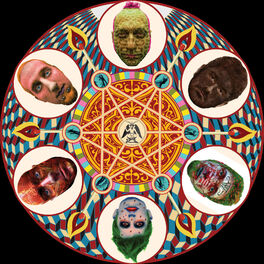 Three and a Half

"We are always so ready to think that any obscure band from Manchester or from the depths of Memphis are worth our time of day, because “they know...” and so equally ready to dismiss anyone who comes from a country that isn’t on our mental map of Rock’n’Roll’s “homeland”. But certain places are deserving of just as much interest. The Psycho Mutants are from Hungary, a country that shares Transylvania with Romania — the ghostly region where Bram Stocker imagined Dracula’s genesis. So are the Psycho Mutants Hungarian vampires? One thing is for sure – they do have a few things in common with the famous Count: his singularity, strength, tenacity and dark side... By “Psycho Mutants” should we read into the greek root for “psyche” (= soul) for their rock vision with influences ranging from Johnny cash, the Gun club or nick cave, but re-invented by their country of origin’s the mutant soul? Musically, it’s nothing we have ever listened to before: a mutation of music we’ve only felt, not just heard: rock’n’roll so intense it could have been played by hank Williams if he’d been raised in Dracula’s castle, disguised as chris Isaak, drunk on Palinka (Hungarian schnapps). The Psycho Mutants are the most important rock’n’roll band of their country, and they owe it to two things: their stage performance and the charismatic personality of their singer, whose voice evokes all the emotion of one of Johnny cash’s last albums. Even if the band has a classic rock formation — bass, drums, guitar and lead vocals, this is no revival group, no stale regurgitation of old-style rock. The addition of a trumpet, a banjo, or even an accordion (Yvette Horner isn’t the only accordionist on the planet) doesn’t scare them one bit. They fought, broke up, got back together, toured around Europe (France, Germany, Switzerland, Serbia, Slovenia, Austria...) and they have become the fruit from the plentiful tree with it’s roots in Hungary, but whose branches are in England or the States. The new album BaBy Burn their third studio effort, reflects their evolution even better. It opens with No Hero, a Carpathian tribute to Tarantino, it’s the soundtrack that best describes the album’s ambiance: deep, serene voice, taut music, and instrumentals worthy of John Barry’s “Beat Girl” underscore, on acid. Let Me Down is a joyful ballad, in the shape of a crooner from the Balkans, surrounded by wild wolves under a full moon. With Everybody’s Young God things are turned up a notch, as if the band were inviting us into the mosh pit of a Budapest club where a noisy madness reigns supreme. The rest of the album comes together with songs and instrumental tunes that prolong the magic in a romantic yet spicy imaginarium, populated with familiar references united with maestro by the band, skimmed over their many vast concert tours. Listening to the album will make you want to see them play live, which I guarantee, is well worth your time." Mat Firehair —Washington Dead Cats