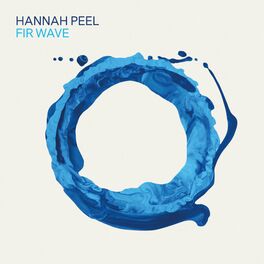 Game of Thrones: The Last Watch (Music from the HBO Documentary)

by Will Burns, Hannah Peel

Hannah Peel first came to recognition in 2010 with her debut release ‘Re-Box’, a four track EP that re-imagines songs by artists such as The Cocteau Twins & New Order played on a music box that she made herself. ‘The Broken Wave’ album followed in 2011 to more critical acclaim. It was through these solo records that the singer, songwriter, composer and multi-instrumentalist met two influential musicians who became good friends and collaborators – Simon Tong (The Verve, Gorillaz, The Good, The Bad & The Queen) & Erland Cooper (Erland & The Carnival). The result was the trio’s 2012 ‘Orkney: Symphony Of The Magnetic North’ album, a work of sheer beauty which was critically acclaimed in the UK and in France,where the prestigious newspaper Le Monde heralded it as their number 2 record of the year. The Magnetic North has been a big influence on Peel and the experience of scoring brass and string arrangements for the ‘Orkney’ album coupled with her own orchestral work at Sadler's Wells and collaborations with electronic legend John Foxx have all shaped her new music. Electronic and orchestral sounds co-produced by Peel and Erland Cooper blend with Peel's vocals to create the three track ‘Nailhouse EP’. The songs were written and recorded in Peel’s own studio situated below a busy London street in a room she describes as ‘analogue synth heaven’.