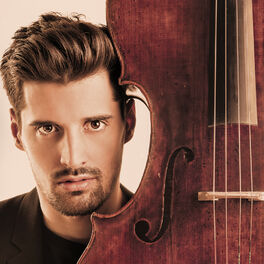 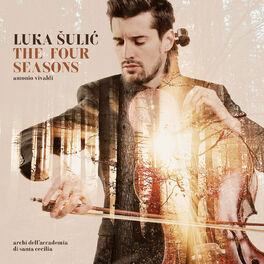 HiFi Gold by The Piano Guys

The Diving Board (Deluxe Version)

Luka Šulić performs throughout the world combining solo classical performances and as a member of internationally acclaimed super group - 2CELLOS. Luka won series of top prizes at the prestigious international music competitions including first and special prize at the VII Lutosławski International Cello Competition in Warsaw (2009), first prize at the European Broadcasting Union “New Talent” Competition (2006) and first prize at the Royal Academy of Music Patron’s Award in Wigmore Hall (2011). He has given a number of solo and chamber music appearances in Europe, South America and Japan in major venues such as Wigmore Hall, Amsterdam Concertgebouw, Vienna Musikverein and Konzerthaus. As a soloist he appeared with orchestras such as Deutsche Radio Philharmonie, Australian Chamber Orchestra, Warsaw Philharmonic, Russian Symphony Orchestra and others. With 2CELLOS, Luka has toured globally for many years with Sir Elton John, performing with him and opening his shows in massive arenas and stadiums. Apart from their own sold out arena tours 2CELLOS have performed at prestigious venues and events such as Madison Square Garden, Paris Olympia, Sydney Opera House, Arena di Verona, Queen’s Diamond Jubilee, UEFA Champions League Final, FIFA Ballon d’OR and the Emmy Awards to mention just a few. Onstage, their collaborators have included the Red Hot Chili Peppers, Queens of the Stone Age, George Michael, Zucchero, Steve Vai and Lang Lang. They also performed and recorded with orchestras such as the London Symphony Orchestra, Royal Philharmonic Orchestra and the Sydney Symphony Orchestra and appeared on major TV shows such as the Today Show, The Tonight Show with Jay Leno, The Ellen DeGeneres Show (multiple times), TV Total with Stefan Raab, GLEE, Good Morning America and many others. Together with superstar pianist Lang Lang, they appeared on the CCTV New Year’s Gala for more than 1 billion viewers. Šulić began his musical education in Maribor when he was five years old. When he was fifteen, he became one of the youngest students ever to enter the Music Academy in Zagreb in the class of Professor Valter Dešpalj, where he graduated aged only 18. He continued his education in Vienna with Professor Reinhard Latzko. Šulić finished his master's degree with distinction at the Royal Academy of Music in London in 2011.