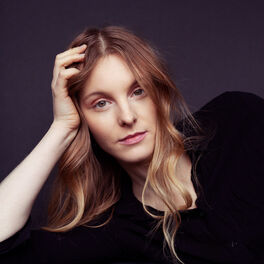 When the Harbour Becomes the Sea

Easier Than This (Acoustic)

All Is Well (Remix)

Life without curves and slopes doesn’t make for interesting stories. Lucky for us, Vivie Ann’s journey is anything but smooth and always unpredictable. “When The Harbour Becomes The Sea” is the essence she has distilled from the chaos of her life. It is about these very tumultuous moments: when the safe harbour turns into the stormy sea, when solid ground gives way to rolling waves and endless depth. At the age of 27, Vivie Ann has already experienced far too many of these moments. Being the daughter of two professional musicians, she experienced the unsettled life of an artist from the earliest age. As a child she would sleep in her father’s keyboard case while her parents were performing on stage. It wasn’t long before music business insiders discovered Vivie Ann’s exceptional talent and it seemed like every door was opening. But as life goes, everything changes in the blink of an eye. After graduating from high school she suffered from numerous transitory ischaemic attacks (TIA). TIA’s are vascular disturbances in the brain that initially present themselves with symptoms of migraine-like headaches, but quickly lead to stroke if left untreated. Meanwhile, though it seems like the disease has been overcome, Vivie Ann is well aware of the fact that she was lucky to escape with her life several times. There’s something about confronting your own mortality that makes you focus on the nitty-gritty. So from that point onwards, Vivie Ann decided to only do the things she was passionate about. No more compromises in order to fit into a preconceived mould of the music market. Just her individual vision of skilful pop music with personal and honest lyrics and detailed arrangements. Even though this path less traveled is the more authentic one, it is also a lot more difficult than going with the flow. Nevertheless, Vivie Ann kept her cool, founded her own label, raised money via crowd-funding and created a circle of companions, musicians and producers around her. Vivie Ann’s sophomore album is the work of an independent self-made artist who is entirely in-charge of every last detail: from songwriting and production to designing the album cover.