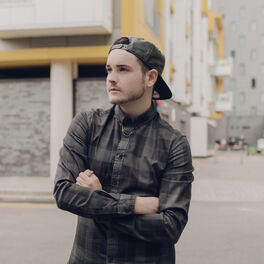 For Tom, music has always been a part of life, coming from a family who managed venues in Northern England he has never been away from it.   Supported by his family and friends he booked his very first professional gig at 14 and hasn’t looked back since. Performing at venues and events across the country, it isn’t as much of a job if you’re doing what you love. For creative and performance inspiration Tom looks to every genre, inspired by the raw emotions of Amy Winehouse to the bawdy extravagant showmanship of Freddie Mercury, celebrating these influences Tom brings a contemporary sound to his music, influenced by Dj’s such as Kygo and Calvin Harris, Avicii and more.   As the events get larger so does Tom’s passion for music, when performing at Liverpool Pride to a crowd of over 40,000 people, was he nervous? Of course. But was it one of the most exhilarating experiences of his career? You bet!   There was only one problem for Tom, he knew he wanted to share his talent with the world but wanted more songs he could resonate with, the answer was to step out of his comfort zone and write his own songs reflecting on his own life. With no training and no song writing experience he took a stab in the dark, resulting with music from the heart, a reflection on his experiences navigating through life and hopes for the future.