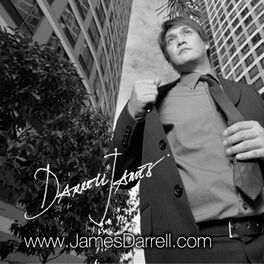 Before I Let You Go (Acoustic Mix)

Make It With You (Pop Mix)

Wanna Be with Her (Remix)

You Are The Reason (Acoustic Version)

DARRELL JAMES - born in Manila, Philippines April 8, is a Pop Artist, Singer, Songwriter, Professional Record Producer, Actor, Commercial Model, Events Host, Creative Director, and Voice Talent. He came from a Noble Clan ("Maharlikang Angkan" in Filipino) or Royal Family coming from the roots of Don Luis Bernardo, a Noble even before the Spanish came to the Philippines; and known to be "The Father of Luisiana, Laguna", originating from Luisiana, Laguna which was named after him and wife Ana (Luis y Ana). His clan is a family of professionals, artists, and politicians. Among his relatives are some of the Philippines' industry icons. Zsa Zsa Padilla, Gino Padilla, Alma Moreno (Vanessa Lacsamana), Vandolf Quizon, Zia Quizon, Karylle, Daniel Padilla, among others. He is also one of the grandsons of late award-winning Movie Director/Screenplay Writer Emmanuel "Maning" Borlaza. Darrell grew up until his early teenage life in the City of Manila, the capital of the Philippines. At the age of 14, his family relocated to Quezon City (said to be the central district for the Philippine entertainment industry) after his late grandfather, Col. Dominador Estacio Coligado died in 1987. In these years, Darrell started building his modest career. In 1997, he founded and established E-C Mix Records Productions, a Digital Media Services Record Production Company. And at the same time employed as an A&R (Artists & Repertoire), Record Producer, and Marketing Manager at EMI Philippines (now Polyeast). He was partly responsible for the Philippine market success of international artists such as Blue, C21, Kylie Minogue, Robbie Williams, Norah Jones, Coldplay, D'Sound, Gorillaz, Fra Lippo Lippi, Jump 5, Atomic Kitten, Baha Men, Michael Learns To Rock, Beverley Knight, The Vines, 30 Seconds To Mars, Matthew Jay, Too Phat, and David Usher just to name a few. He resigned in 2003 to concentrate for E-C Mix Records Productions. To date, he has A&R-ed and produced over a dozen albums and singles both for local repertoire and international special projects. Darrell James is an Eight (8) time AWIT Awards Nominee for Best Producer. Some of his notable projects were Truefaith’s Platinum selling album "Memories Are Cheap" which sprung the hit single "Kung OK Lang Sa'Yo", Melody’s "First Joy" album, H-Bom’s AWIT Awards Best Produced Rap Album Nominee "D' Real Side", and Renz Verano’s Gold record album "Basta’t Mahal Kita". All his local works has been nominated and won in the AWIT Awards, the most prestigious music awards giving body in the Philippines and is the equivalent of the Grammy in the USA. One of his biggest achievements was to be the product manager for Fra Lippo Lippi’s album "In A Brilliant White" which produced the hit single "Later" and contains a duet recording with R&B Princess Kyla called "Wish We Were Two". As a Professional Composer, he has written and published songs for himself and then upcoming artists contributing to enrich the Philippine Music Industry. He is an active member of the elite association of composers and producers at FILSCAP (Filipino Society of Composers, Authors, and Publishers). Commercial Modeling alongside his corporate works, he has done several product endorsements for Jag Jeans & Shirts, Mossimo, Skechers Sports just to name a few; and a couple of TV ads for Coca-Cola and Jollibee. Darrell also do event hosting in malls and corporate events, including Voice Over Talent for several ad campaigns and visual presentations. Darrell James now continues to make music and release his own musical recordings which are being released worldwide on all online digital music stores. Official Website: https://www.JamesDarrell.com Instagram: https://www.instagram.com/TheDarrellJames