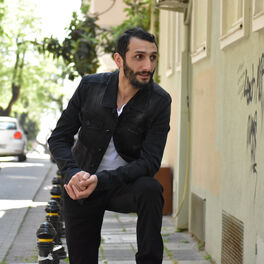 He was born in 1978 in İstanbul. In 1993 he visited Üsküdar Musiki Cemiyeti (Turkish Traditional Music Community). He took singing lessons from Istanbul TRT Radio Musician Murat Biçer’den, Turkish Arts Music singer (Yüksel Uzel’s nephew). In 1996 he met the Tonmeister İlhan Harmancı. Harmancı introduced Ergün to the Music Industry. As Ergün did his military service he continued music in the Military Music Programme.Many years he volunteered with his friends the Tour “Barış ve Sevgi Yolculuğu” (Freedom and Love Journey) which included primary schools and villages. In 2016 he came back with the albüm Şaşkın (‘Confused’). Nowadays he is preparing a new cover which is İlhan Şeşen’s well-known song. He keeps this as a secret.