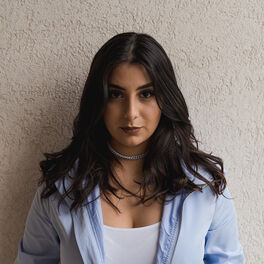 by Loza Rose, Make It Bump

Born in 2000, in Teaneck, NJ, Loza Rose started singing and playing piano at the early age of seven. She took piano lessons for two years before performing in theatre both as a singer and a young actress. This continued until her Freshmen year of high school, where she changed her interest to choir full time. In 2014, she took to YouTube where she sang covers and spoke about mental illness. During her Junior Year, one of her videos reached 200k views within a month. This inspired her to begin composing her own music, and she did starting in 2015 writing over 30 songs that year. Right out of high school, Loza decided to push her musical talents to the next level. Taking independent vocal lessons and hiring a manager to push her career forward, she was signed to EAR after six months of developing her sound. Loza gives credit for her lyric style and musical composition to her idols. Her grandmother, Elsa De Los Angeles Loza (known as a singer and an accomplished performer in Quito, Ecuador) inspired Sophia to appreciate music in all forms. It wasn't until that close family member fell ill, Sophia’s drive to achieve a career in the music industry began. After pursuing a life of performing at small events, Sophia created Loza Rose as her stage name to remember and honor her grandmother, Elsa. Some of her other idols for songwriting and performance can be attributed to Demi Lovato, Christina Aguilera, Kesha, Whitney Houston, and Selena. Loza Rose describes her music as “unique and inspirational” while her sound can be found in Indie Pop. Her range in music, however, does not stop at just that but also can be heard in Electronic and Latin Pop. She hopes to one day hear her music on local radio stations, Spanish clubs and perform at benefit concerts. On November 17th, 2016, Loza Rose sought treatment at a mental hospital for self-harm. After 11 years of hurting her own body, she finally decided that it “wasn’t normal”, and was convinced by her school therapist. She was diagnosed with Obsessive Compulsive Personality Disorder, and she has been on medication since the day she was admitted to cope with her ongoing condition. As a musician, she finds that songwriting is her way of escaping her difficult past. Loza sometimes hopes that her music will help those who don't have the sense of family or have a strong tether to the world and give people the inspiration to liberate themselves. Loza adds; “I want to give back to the world that same feeling that musicians give me when I listen to their music. That sense of empowerment and emotional conflict you hear is just beautiful”.