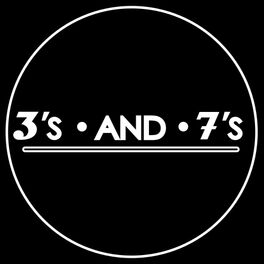 3's and 7's is an alternative rock band formed in mid-2018 in Johannesburg, South Africa. The lineup consists of: Murray Blamey (Lead Vocals), Adrian Schober (Lead Vocals), Matt Nijland (Lead Guitar), Mitch Cuthbertson (Bass), and Lorenzo Germani (Drums). Although the band is new on the South African music scene, each of its members have a rich individual music history, which they are all bringing together to create a band that merges all of their unique playing styles and influences together in a creatively explosive manner! As a band of five dudes in their early twenties, they're writing powerful rock songs with pounding drums, grooving bass, melodic guitars, and a surprise dual lead vocal twist which gives the music a unique melodic and harmonic edge, proving that rock among the youth in 2019 is anything but dead! Their sound is deeply inspired by their favourite classic and alternative rock artists such as Nirvana, Foo Fighters, R.E.M., Queen, Muse, Queens of the Stone Age, Panic! At The Disco, Led Zeppelin, The Amity Affliction and Red Hot Chili Peppers, to name a few! The band released its debut live EP, Live on the Couch Sessions SA (03/02/2019), on Deezer and all other music streaming platforms in April 2019, and the video of the two live performances can be found on The Couch Sessions SA's official YouTube channel at: https://youtu.be/R_9W30breYc . The band will be recording a studio EP later in 2019, which will be released on Deezer and all other music streaming platforms!