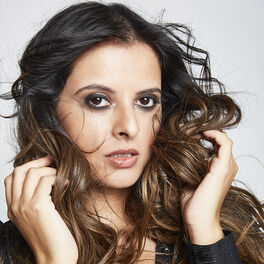 Written in the Stars

Singer-songwriter Mili released her single “Keep The Hope Alive!” In July 2020, which aims at keeping our spirits up, as the whole world is fighting against the pandemic. She wrote and composed her debut album Written in the Stars and released it on December 15th, 2017, not just marking the realisation of a dream, but also the first step towards being heard by a global audience. Recorded in Los Angeles it features some of the finest legendary musicians in the world which includes Vinnie Colaiuta - Drums,Michael Landau - Guitar,James Genus-Bass & George Whitty- Piano. The diverse draw of music for Mili came from being around music from India and the West from early on in her life. In India’s music landscape,it didn’t take Mili too much time before she was picked to lend her voice to the country’s top composers.She took up the opportunity and gained a fan following for songs like Badari Badariyaan & Yatra from the show Coke Studio@MTV Season 2, ‘Meethi Boliyaan’ off Kai Po Che! composed by Amit Trivedi and Tamil song ‘Parakka Seivaai’ off Ambikapathy composed by A.R.Rahman. "Writing songs is such a personal experience. It’s about following my instinct, and when it all finally aligns, it only validates the very purpose of what is meant to be. That is the greatest freedom and life experience I’ve had with songwriting.” says MILI.