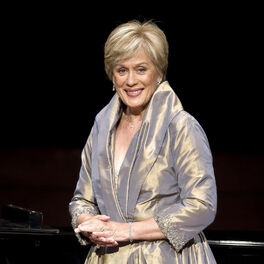 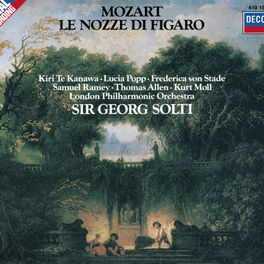 A Portrait of Kiri Te Kanawa

Opera Music - Voices of the Opera in Movies

Mozart: Music for a Long Drive

Easter with the Tabernacle Choir

by The Tabernacle Choir at Temple Square

Born Clair Mary Teresa Rawstron on March 6, 1944 in Gisborne, New Zealand, the acclaimed opera soprano is better known as Dame Kiri Te Kanawa. One of opera’s most beloved vocalists, her repertoire included works sung in many different languages dating back to the 17th century. She began her career by singing pop songs in New Zealand clubs in the early 1960s before moving to London, England and enrolling at the London Opera Center in 1966. She began to gain attention for her appearances in productions such as Mozart’s The Magic Flute, Purcell’s Dido and Aeneas, Rossinis La donna del lego, and Donizetti’s Anna Bolena. Her career picked up steam when she appeared in several American shows including The Marriage of Figaro in July, 1971. Further productions in the early 1970s took Kiri Te Kanawa to Scotland, France, Australia, Germany, Italy, and back to America. By the 1980s, she was a world-renowned vocalist and, in 1984, appeared in the operatic revival of West Side Story conducted by composer Leonard Bernstein himself. Since 1966, Kiri Te Kanawa has released over 200 albums including studio, live, and compilations. Her catalog includes Brahms: A German Requiem (1979), Verdi & Puccini (1983), Handel: Messiah (1985), Wagner: Tannhäuser (1993) and Bizet: Carmen (1998). She has won many awards during her career and her honors include being appointed an Officer of the Order of the British Empire, for services to music, in the 1973 Queen's Birthday Honours. She was elevated to Dame Commander of the Order of the British Empire, for services to opera, in the 1982 Queen's Birthday Honours. Kiri Te Kanawa continued to perform regularly until the mid-1990s, when her live performances became less frequent. She rarely performed opera in her later years and her final performance was in October 2016. She announced her retirement in September 2017.