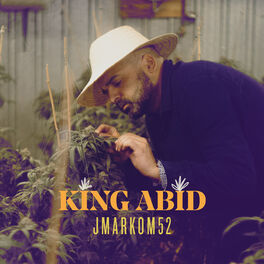 Although the artist’s name appears to refer to monarchic symbolism, you will not find a correlation between the charming Heythem Tlili and the ideology of Western royalty. By contract, the name King Abid actually means “King Slave’’, a stark divergence in meaning that pleases the Tunisian born artist who fell madly in love with Quebec almost 15 years ago. Originally from Tunisia and living in Quebec City for almost two decades now, Heythem Tlili, alias King Abid, offers authentic, festive and unifying music inspired by his ancestral roots, his passion for Jamaica and his love for his host country. Afrobeat, reggae, electro, dancehall and hip-hop are combined to create his own unique sound universe. By mixing rhythms, cultures and languages, the man we call King Slave, with an evident touch of sarcasm, shows that he is an artist anchored in the 21st century, personifying the current merging and changing of physical and artistic boundaries. A multidisciplinary artist, the King began to make his mark on this side of the Atlantic with the group Movèzerbe, and then as a percussionist and MC on the road with Karim Ouellet. As a showstopping MC, he knows how to amp up the audience with intelligence and humour while unfailingly embodying his humanistic values and belief in social unity. Also a renowned DJ, King Abid is well-known for making crowds dance until the early hours of the morning from behind the turntables. Following the release of his self-titled first album, he was nominated at GAMIQ 2016, crowned Révélation Radio-Canada in World Music for 2017-2018 and performed on the province's most prestigious stages with contagious energy. For his 2nd album, "Emerikia", King Abid received 2 nominations at l’ADISQ and at GAMIQ 2019 in the category World Music Album. With this 2nd album, King Abid continues his mission of unifying genres and cultures by bringing together an impressive series of collaborators from various backgrounds. Pierre Kwenders, Samito, Robert Nelson and Eman (Alaclair Ensemble), as well as Papa-T, join this musical journey from Africa to America, where tradition and modernism synchronize in harmony.