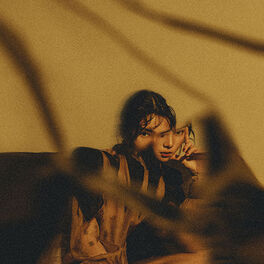 Asia's Who We Are

Isyana Sarasvati was born in Bandung in 1993. Her first touch to musical instrument is at the age of 4, introduced by her mother. Since then, Isyana’s musicality continues to grow. She has mastered a number of instruments, including piano, electone, flute, violin, and saxophone, as well as her talent and vocal abilities has stand out from a very early age.   At the age of 16 years Isyana get scholarship from the Government of Singapore to study Music Performance at the Nanyang Academy of Fine Arts (NAFA), Singapore, and by 2013 had managed to achieve the Diploma in Music Performance (2013).& On September 2015, Isyana graduated from NAFA with "Bachelor of Music" (B.Mus) title and received the Best Graduate Award Embassy of Peru Award.   Isyana's debut album "Explore!" was released on November 25, 2015, by Sony Music Entertainment Indonesia. Her first single "Keep Being You" (2014) was included in this album, along with "Tetap Dalam Jiwa" and "Kau Adalah", her collaboration with RAN's member Rayi Putra.   Her second album "Paradox" was released on September 1, 2017. Featuring her duet with Raisa, "Anganku Anganmu", "Sekali Lagi", "Terpesona" - a collaboration with Gamaliel from GAC, and her latest single "Lembaran Buku". Isyana also collaborate with Afgan and Rendy Pandugo on their latest single "Heaven", released on February 14, 2018.