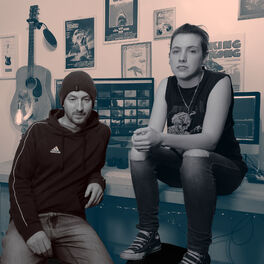 Sorry What I Said

Send Me a Boat

Working from their own studio in the idyllic surrounds of West Sligo, Ireland. Lazyrevs are made up of Nadine Keogh and Tom O’Connor and operate as true independent artists, writing, recording and producing all of their own material and releasing on their own label. The duo have featured on BBC’s Introducing Mixtape with two of their previous singles, and also recently featured in the final season of ABC's hit TV show ‘Mustangs FC’. Brand new single 'Sorry What I Said' is out on April 30th 2021 “Sorry What I Said’ has an Indie Pop summer vibe with lyrics that come from a genuine place of real conversations and memories from past relationships” The band took inspiration from Andy Shauf’s ‘Neon Skyline’ on this new single. “We were obsessively devouring that song and the sound of that album while in the middle of production for ‘Sorry What I Said”.