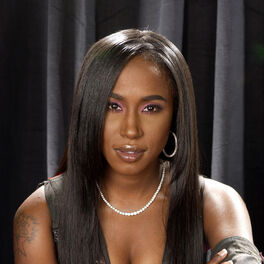 Charlene Keys is an American soul singer known as Tweet who is acclaimed for her songwriting and vocal harmonies with several albums to her credit and the single 'Oops (Oh My)' which topped the Bilboard Hot R&B/Hip-Hop Songs Chart in 2002. The single also placed at number seven on the Billboard Hot 100.

Born in New York, she sang in church and learned to play musical instruments as a child before she went on to study at the Rochester School of Arts. With Susan Weems, and Rolita White she made up the trio Sugah, part of Devante Swing's Swing Mob collective. As a result she met Missy Elliott, who played a major role in her career development. Tweet sang on the 2001 album 'Miss E... So Addictive' and contributed vocals on records by other artists including Timbaland, Petey Pablo and Ja Rule.
Timbaland produced Tweet's hit single 'Oops (Oh My)' and in 2002 it appeared on her debut album 'Southern Hummingbird', which went to number two on Billboard's Top R&B/Hip-Hop Albums Chart and number three on the Billboard 200. The album also featured the track 'Call Me' which reached number nine on the Hot R&B/Hip-Hop Songs Chart.