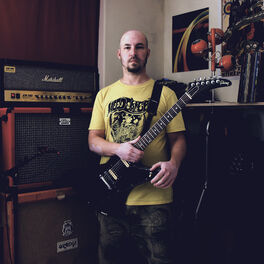 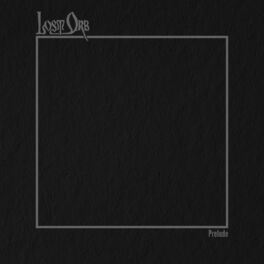 Following on from 2018's Crawling for Carrion EP, UK musician Chris West returns with Low Ebb's Lament by Lost Orb. Low Ebb's Lament is a single 17 minute piece of music, a complete journey in itself that explores several musical themes combining weight and melody. Lost Orb takes a similar approach to Crawling for Carrion with the project helmed by West and featuring some guest musicians. Vocals come from Chantal Brown (Vodun) and drums by Tony Reed (Mos Generator), with West handling writing, production, bass and guitar. Low Ebb's Lament is being released on all digital platforms with a limited edition run of Digipak CDs and cassettes. The front cover artwork is a hand drawn piece by artist Sagüi. Chris West launched Giganto Records in 2017 as a platform to release music that he writes and records himself under various names. Best known for playing in Stubb and Trippy Wicked & The Cosmic Children Of The Knight, in recent years he has also played with Landskap, Glanville and Named by the Sun.