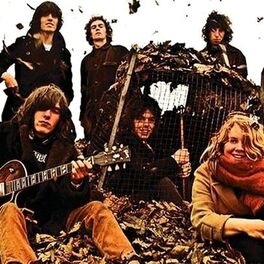 What We Did on Our Saturday (Live)

From Cropredy to Portmeirion

Moat on the Ledge (Live at Broughton Castle)

Who Knows Where The Time Goes? (The Essential Fairport Convention)

The End of the Fucking World soundtrack

In 2006 a BBC poll voted Fairport Convention's groundbreaking 1969 album 'Liege & Lief' the most important folk album of all time, confirming their status as the ultimate pioneers of British folk-rock. Their roots lay in the Ethnic Shuffle Orchestra, in which Simon Nicol and Ashley Hutchings both played before linking up with brilliant young guitarist Richard Thompson to form Fairport Convention, named after the house where Nicol's father had his medical practice.

Initially committed to creating a UK equivalent of American West Coast rock bands, they switched course to encompass British traditional music after former folk club act Sandy Denny replaced their first singer Judy Dyble. They nearly disbanded after the death of their drummer Martin Lamble in 1969 but, with Dave Swarbrick joining them on fiddle, they regrouped to record the classic 'Liege & Lief'. Key members Hutchings, Denny and Thompson left but the band soldiered on, with a regularly changing line-up and loyal audience. Highlights through the years include Richard Thompson's classic song 'Meet On the Ledge' (1968), the hit single 'Si Tu Dois Partir' (1969), the Swarbrick-led concept album 'Babbacombe Lee' (1971) and the albums 'Rising for the Moon' (1975) and 'Gladys Leap' (1985), while their annual festival in Cropredy, Oxfordshire has become part of the furniture of the festival season.

In 2007 they celebrated their 40th anniversary with the release of a new album, 'Sense of Occasion' followed by a tour and then the released of 'Festival Bell' in 2011. 'By Popular Request' was released in 2012 featuring remastered versions of some of their most famous songs. They followed this with 'Myths and Heroes', their 27th record, in 2015.