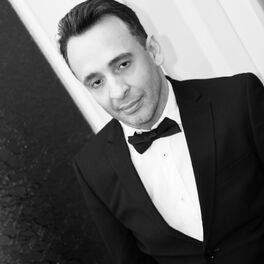 All I Wanna Do Tonight

Believe in My Love

Melt Down All over Me

Praise to the Sky

This Is Our Story

Praise to the Sky (Dance Mix)

All I Wanna Do Tonight

Our Love Will Win

Marios Marineskos is a Romanian / Greek singer who was born in Romania (born November 11, 1973, Mizil Romania). His real name is Nicolae Marius Marinescu. He is having Greek roots, since his grandparents from father and mother are Greek Macedonians from Thessaloniki, refugees in Romania during the war. In 1989 he attended the Music School in Ploiesti / Romania, where he took voice lessons in the class of Professor Corneliu Iremia until 1995. Meanwhile, he participated in various music festivals in Romania and was invited to TV Shows. He spent a lot of time singing abroad. In 2017, after a break of many years, he decided to get in touch with music. He started taking voice lessons in Athens, Greece, and so he began various artistic collaborations. He is currently composing music for himself and other famous artist. At the same time, he is a producer for various artistic projects.