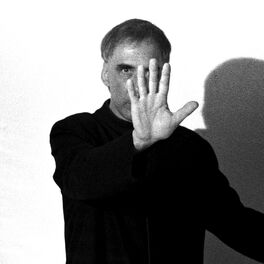 Rising from Sao Paolo's underground rock scene in the 1980s, Arnaldo Antunes led wired post-punk band Titas to international recognition, before launching a solo career in the 1990s and intertwining multimedia, visual art and contemporary poetry into his all-encompassing work.

Growing up, Antunes was exposed to his father's piano playing and classical records, his older brother's Led Zeppelin and Yes albums and the bossa nova sounds that dominated local radio. He started playing acoustic guitar and writing songs with Paulo Mikos when he was in high school. The pair went on to form Titas with six other college friends and after scoring breakthrough hit 'Sonifera Ilha' in 1984, the new wave pop eccentrics released albums 'Titas' and 'Televisua', rising from dingey clubs and bars to mainstream prominence. They also made headlines when Antunes was arrested for drug trafficking, but returned with their raw, grizzly, grunge favourite 'Cabeca Dinossauro' in 1986, gradually becoming one of Brazil's biggest rock bands.

After ten years and seven albums with the group, Antunes left to release his debut solo project 'Nome' in 1993 and continued to mash together the high culture traditions of bossa nova and samba with MTV pop culture and punk rock aesthetics on stand-out records 'O Silencio' and 'Um Som'. Comparative in his style and creative thinking to experimental US alternative artists such as David Byrne and Thurston Moore, Antunes also regularly published acclaimed poetry books including 'As Coisas' which won the Jabuti Award for Poetry in 1992, and he topped the Brazilian Album Charts when he formed supergroup Tribalistas with Carlinhos Brown and Marisa Monte in 2002 and released a self-titled album.

He continued to make guest appearances with Titas over the years, notably on their popular 1997 'Acustico MTV' performance, and collaborated with a host of different artists including Serbian composer Suba, hardcore band Golpe de Estado and Tropicalia legend Tom Ze, while his solo records in the 2000s such as 'O Corpo', 'Saiba' and 'Qualquer' remained typically melodic, experimental and eccentric. His album 'A Curva Di Cintura' with Malian star Toumani Diabate and Ira! guitarist Edgard Scandurra was another triumphant slice of Dadaist world music in 2011 and he created songs with a cast of Brazilian songwriting heroes including Caetano Veloso, Gilberto Gil and Joao Donato on 'Disco' in 2013. He returned in 2018 with a new samba fusion record 'RSTUVXZ', featuring his daughter Celeste and singer Maria Xavier.