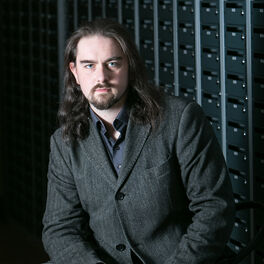 Piece for Violin and Bass Clarinet

The Night With... Live Vol. One

Matthew Whiteside, the List Hot 100 2019, is a composer, collaborator, sound designer and concert producer based in Glasgow, named ‘One to Watch’ in the Herald’s Culture Awards 2017 and winner of the Light Moves Innovative Use of Sound Award for his work Entangled with Marisa Zanotti. His music has been described as “Effective and Unsettling” by BBC Music Magazine and “post-minimalist bold sparseness” by the Herald. In 2020 he won the SMIA Award for Creative Programming at the Scottish Awards for New Music for his work on the 2019 The Night With… Season. His piece Night Thoughts is shortlisted in the Large Scale New Work (sponsored by PRS) at the Scottish Awards for New Music 2021. Recent work has included a short opera Little Black Lies commissioned by Scottish Opera Connect, with libretto by Helene Grøn; Night Thoughts, commissioned by Crash Ensemble premièred at New Music Dublin 2020; Rama, commissioned by The Night With… for Ensemble Offspring; Entangled, commissioned by the Institute of Physics for the 2018 NI Science Festival; and working with filmmaker/chorographer Marisa Zanotti creating collaborative work with Magnetic North. He has received international performances by ensembles and performers such as the RTÉ NSO, Red Note Ensemble, the Aurea Quartet, Pauline Kim Harris and Diagenesis Duo at venues such as New York University, Dublin’s National Concert Hall, Glasgow City Halls, Salem Artworks in New York and the Belfast International Festival at Queen’s. He has been commissioned by Cottiers Chamber Project and Lorimer Productions for Cappella Nova and co-commissioned by sound festival and R-Space gallery to collaborate with Dominika Mayovich to create an interactive sound/art installation which resulted in Exhibiton Music. Whiteside’s Solo for Viola D’amore and Live Electronics, recorded by Emma Lloyd was described as having the overall effect of ‘one of meditation – a Japanese stone garden whose raked ripples have been brought into sound’ by Musicweb International and features on his debut album Dichroic Light released in 2015, supported by Creative Scotland. The album was the subject of two episodes of exploration on CyBC Cyprus, as well as broadcasts on BBC 3, BBC 6 Music, Lyric FM Ireland, Radio Horizon South Africa, and WFMT USA among others. He composed the music for Michael Palin’s Quest for Artemisia for BBC 4 (dir. Eleanor Yule), The End of the Game for Hopscotch Films (dir. David Graham Scott) and Anna Unbound for Eigen Productions (dir. Bernd Porr). Music from his debut album, Dichroic Light, was used as the score to the Citizens Threatre film production of The Macbeths. Matthew is a member of the Contemporary Music Centre in Dublin, where his music is housed, and is the CEO/Artist Director of The Night With… presenting concerts of interesting music in informal venues.