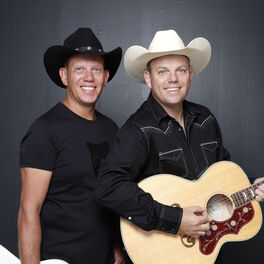 Bloed Is Dikker As Water

The brothers Harry and Tony Campbell were both born in Cape Town, South Africa. Their English speaking father, Harry Campbell Senior, taught his sons to play various musical instruments and provided them with musical inspiration at a young age. The Campbell’s mother, Sandra, was raised in Pretoria in an Afrikaans home. Sandra encouraged her sons to be fully bilingual. Like most children the Campbell’s attended government schools. Harry matriculated in 1993 and went on to study Motor Mechanics and Electrician Work. Tony matriculated in 1994 and then obtained a National Diploma in Electrical Engineering as well as Financial Concepts and Marketing Management. Many school bands and friendships were formed during their school years. Although a primary school band could not be considered professional the slick performances by the bands attracted many followers and earned the band members a reasonable amount of pocket money. During high school the brothers realized that it would only be the two of them that would put the effort in, to go all the way. It was at this stage that the Campbell Brothers had officially become a duo and in 1995 the brothers were considered a professional music group. During their tertiary education the Campbells invested in recording studio equipment and commenced audio recordings on a part time basis. At this stage Harry was a gifted guitarist and Tony played drums, keyboards and was the lead vocalist in the group. Every year the Campbells improved musically and performed more frequently, often to bigger audiences. During 1999 the brothers met Kosie van Niekerk, the owner of Select Music. Kosie asked if they would record material for his record label and the Campbells agreed. In 2000 Kosie proceeded to sign the Campbells as artists with Select Music and released their debut album “You’re My Mate” during 2001. Immediately there was talk about the new young South African cowboys that performed country, rock ‘n roll and pop dance music. The Campbells appealed to both the English and Afrikaans markets and decided to write and produce a few Afrikaans songs. Their second album “Rooi Rok Bokkie” was an instant hit and achieved more than 100 000 CD sales. In 2003 the Campbells became a household name and the most successful touring act of the year with more the 200 live performances, 60 flights and 180 000 km of road travel in a calendar year. The album “Jy’s Die Girl” was released in 2003 and was predictably a huge success, but their 2004 release “Daar’s Iets Innie Water” rocked the South African music industry with the massive hit “Bietjie Bietjie Lam”. Once again the Campbells surpassed album sales of more than 100 000 units and became one of a handful of South African artists to have two double platinum selling albums. In 2009 the brothers teamed up with Spur to record Hillbilly Rock. Now a theme song and dance in all Spur restaurants in South Africa. In 2010 the Campbells won a SAMA with their album Mamma Maria for the Best Sokkie Dans Album. They have also won 3 VAMT awards as well as 16 Gold, 7 Platinum, 3 Triple Gold & 2 Double Platinum sales awards. These well deserved awards cements their place within the South African music industry. In 2012 the Campbells celebrated their 12th professional year in the South African recording industry and after seeing out their record contract with Select Music they started up their own record label - Campbell Records and released the album Voet In Die Hoek. More recently the Campbells have launched a double CD and DVD called Mega Medleys. The production consists of all the Campbells greatest hits and favourite songs (82 songs) arranged in 24 medleys.    18 albums and 8 DVD’s later the Campbells have established themselves as South Africa’s favourite music group and have sold more than 800 000 CD’s & DVD’s. Songs like Bietjie Bietjie Lam, Vat My Vas, Burger Dance, Sewe Soene, Mamma Maria, Yvonne, Fanta & Cola, Stoutgat and Rooi Rok Bokkie will always be remembered. The Campbells celebrate 2020 with a Top 20 collection of their 4 favourites genres: Afrikaans, Country, Party and Sokkie music. Over the years The Campbells have also performed in Namibia, Botswana and Zimbabwe. Their music videos are readily available on youtube and they would love to see you at their next performance.