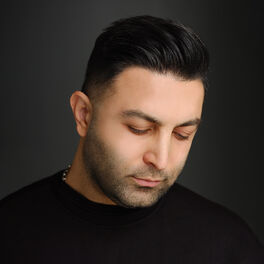 MEGHDAD (Persian: مقداد, pronounced [miqdæːd], born 12 November 1982) is a British singer and songwriter. He started learning music by harmonica and later continued his passion by practicing guitar coupled with professional singing practices. MEGHDAD has inspired by 80s and 90s music, therefore, published his debut album "RED", a collection of pop ballads in March 2005. He worked with high profile musicians in his career to produce his songs and create a genre a bit different with common music trend. Later, he released singles and many of them reached in top charts specific regions. "Soul on Fire" (featuring Masoud Sadeghloo) was so successful and played more than 6 million times in ONLY a month on Radio Javan (based in Los Angeles), which was a great success for both artists. Few months later he prepared another mix of the same song in English and Arabic (featuring Ayman Al-Atar), which was top 10 in Persian Gulf region.