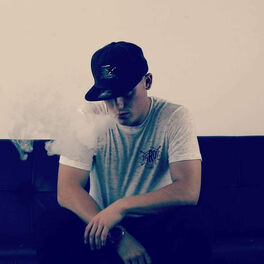 Tiny K, Putting the Kentish town of Ashford solidly on the map for the future of music, By Mixing his past, present and future together This music artist is bringing a fresh sound to the Grime scene, whilst still paying homage to the genre that inspired him. Tiny K also known as Jordan Peck, dipped in and out of the music scene until the age of 19, when he saw his opportunity and ran with it. Since then he has worked tirelessly to create music for a genre that for some part had gone underground in recent years. Mixing past, present and future with a lyrically intense story telling ability. Opening for Snoop Dogg at the 02, supported by LinkUp TV, performing at the capital Xtra mainstage at Southbeats festival, appearing in videos for Charlie Sloth opening for Fredo, Big Narstie, Sigma, Stormzy, Ghetts and many more. Currently touring the London airwaves on radio tour, going viral (1.5 million views) online on Lad Bible and being covered by national and local news providers, this is just beginning. BBC Kents casey heyburn said “Tiny K is one of the hardest grafters in the game- always looking to move himself and those around him to a higher level. Always representing his roots and giving everything on mic.” His new album ‘Sub Urban Delinquent’ is dropping soon and he has released a music video online, showcasing the town and ensuring that the locals are involved