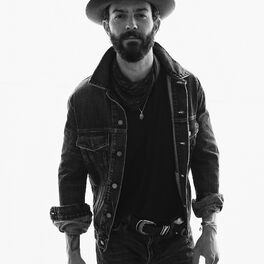 Kiss Me When I'm Down

Hope for the Holidays

Ryan Kinder brings a wealth of life experience to his debut album, Room to Dream. He launched his performing career as a teenager in the clubs around his hometown of Birmingham, Alabama, and his music has since carried him to Nashville and a tour with two of his musical heroes. Kinder has accrued more than 95 million streams by steadily building a fan base through electrifying live shows, exceptional musicianship, and a sound he describes as “riff-roaring rock with a side of sweet Southern soul.” The dream awakened in him during a family vacation in Destin, Florida, when he was roused from a backseat nap by his mom’s John Mayer CD. “As a kid, so many things can catch your interest, and they’re fleeting, but this enraptured me. I was locked into these lyrics,” he remembers. “I took the record from her and listened to it and listened to it. There was a guitar class at my middle school and I switched classes to take it as an extracurricular activity, because I needed to know how to do this. I thought maybe I could learn a couple songs of this new artist I found, and it ended up just taking over my life.” Because his parents weren’t well off, Kinder borrowed a guitar to prove that he was serious about learning to play. Soon, he learned Mayer’s album, Room for Squares, front to back, and proved his talent to his mother by playing her The Beatles’ “Blackbird.” Not long after that, Kinder acquired a Takamine guitar and lined up some gigs at local bars, where the owners could see his potential. Because his parents had to be in attendance for legal reasons, his dad would sit by the door with the bouncer while his mother slept in a booth because she worked the early shift of a nursing job. His mother favored ‘70s artists like Jackson Browne, The Eagles, Linda Ronstadt, and James Taylor, and his dad preferred Marshall Tucker Band. Meanwhile, Kinder absorbed all of those sounds. “I didn’t realize how much I was taking in the songwriting aspect at that point,” he says, “but once I started playing bars and frat parties, I realized how much of an impact certain songs had on people, and I was like, ‘Ah, I need to write something like that.’” As a teen, Kinder also picked up a part-time job as a gaffer for a local church. His boss’ best friend knew the Nashville producer Keith Stegall from high school and sent him a Facebook message telling him about Kinder. Stegall asked to hear more and soon became a mentor. When Kinder enrolled in college in Tuscaloosa, Alabama, he carved out a schedule of going to class on Tuesday, Wednesday, and Thursday, then playing gigs on Thursday, Friday, and Saturday nights. Then on Sunday, he’d drive up to Nashville to write songs with Stegall and other songwriters before driving back to Alabama on Monday afternoon to start the whole cycle again. When a tornado devastated Tuscaloosa in 2011, sparing his own house but destroying everything behind it, Kinder took it as his cue to drop out of school and move to Nashville. “A tornado is a jarring moment of your life in more aspects than just realizing that life is too short, but I had the blessing of knowing what I wanted to do with my life. I just needed a good kick in the ass to go do it,” he says. Kinder signed with a short-lived independent label first, which folded on the day his single was going for adds at country radio. A subsequent deal with a major label yielded a few singles but no album. In 2018, he landed a spot on tour opening for ZZ Top and John Fogerty. Although he came away with countless stories, Kinder especially remembers having his soundcheck interrupted by Fogerty himself, who imparted this wisdom: “Don’t play to the empty seats.” “It took me a couple of days to figure out what he was talking about,” Kinder says, “and it was as simple as playing to the people who are there, who care enough to come early and hear the guy that nobody knows about. I think about that every time I go on stage. That was the sweetest thing anyone could ever do. That tour was a big moment of feeling like I am doing something right. I’m on the right path.” Kinder now uses his tour dates to bolster his charitable organization, Kinder’s Kids. One image from the Tuscaloosa tornado stuck with him – a neighboring child clutching her teddy bear, surrounded by wreckage where their house used to be. Seeing how that toy brought her comfort, he created Kinder’s Kids to personally deliver provide toys to children in the aftermath of national disasters. In his tour riders, he asks each venue to supply a toy for the foundation. Beyond his music career, Kinder has immersed himself in training for triathlons and Ironman competitions. He completed his first distance cycling ride on the Natchez Trace in memory of a friend who had recently died of cancer, ultimately riding 444 miles. On that ride, he talked to his late friend’s racing buddy, who introduced him to the Ironman – where an athlete swims 2.4 miles, rides 112 miles, and runs 26.2 miles. Being told that his late friend had always wanted to do one, Kinder took it upon himself to achieve that dream in his honor. Today, Kinder is a proudly independent artist and he’s ready to share Room to Dream. “I had a lot of time to figure out what I wanted to do after a certain time in my life, and all these songs came together with different aspects of who I was when I wrote them,” he concludes. “It was a beautiful realization that some of the bad things and not-so-fun situations led to the opportunity for me to have the room to dream, and to really be myself.”