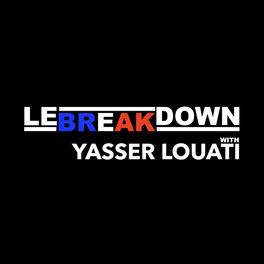 The Reckoning Moment From Ferguson to Minneapolis to Paris

"Individiualism is no antidote to systemic white supremacy" Tory Russell As the racist police killing of George Floyd has sparked sparked a historic upheaval across the United States and across the Western world, seasoned activists are already thinking of the course of action following the emotional momentum. The Ferguson uprising and before it, the one that took place in L.A in 1992 serve as examples of formidable mobilisation and earth shattering emergence of often times silenced realities but with time, many observe no sustainable infrastructure capable of capitalizing of, let’s face it, momentary anger, that could bring about struturral change, if not outright lead to a change of system. Today, I sat with Tory Russell in order to discuss with him current events in Minneapolis, what lessons he learned from the emergence of the Black Lives Matter mouvement and how the ongoing rebellion can become transformative. Tory Russell is the Mission Manager at the International Black Freedom Alliance and lead organizer during the Ferguson uprising following the racist killing of Mike Brown, again by a white police officer. This podcast was recorded and made available to you in loving memory of the Ferguson activists that lost their lives following their standing against police brutality: MarShawn McCarrel Darren Seals Deandre Joshua Edward Crawford Danye Jones Bassem Masri Music Credit: and especially JF Beats and OP Beatz