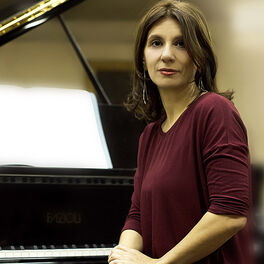 Graduated from the Superior Conservatory of Music "Manuel de Falla" with a Gold Medal and also been honored in NYC with the Honorable Mention by the "Association of Pianists and Piano Teachers of the Americas", Morello develops an intense concert activity performing as a soloist in the most important venues of the world. The music from her latest album Plays Mozart - The Fazioli Sessions includes works from different periods of Mozart's life like the Rondo in A minor, KV 511, the Fantasy in D minor, KV 397, the Adagio in B minor, KV 540 and the Sonata in A major, KV 331, Andante Grazioso with 6 Variations, plus a second version of the Fantasie K.397 with a different ending. In the original written score of this piece the last bars were lost, so it has been usually played with an ending composed at the time by August Muller, one of Mozart’s admirers. This is the one you can hear in the version of the seventh track. In the second one, however, Morello reworks the piece, assigning it an ending composed by her and inspired by readings and comments from other pianists and composers. Finally, the Sonata K331, one of Mozart’s most famous pieces, has the peculiarity of being played following the Mozartian-original, lost for centuries and found at the end of 2014 in Budapest. Until now, all performances were based on the first edition of the score, and not on the author's manuscript, as in this case. The recordings were made entirely on a Fazioli piano.