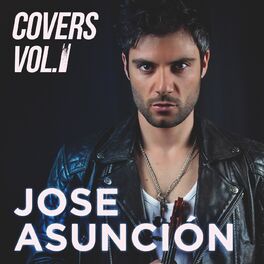 Just Give Me a Reason

Jose Asunción, a pop violinist who advanced from YouTube likes to crowded venues, with the cover “Despacito” in 2017. The cover went viral in Spain and Latin America and led him to conquer several countries of half the world; since then he has been performing in big venues. Jose Asunción defines himself as a dreamy, passionate, emotional and sensitive person. Four adjectives that shape his personality and also his true vocation, music. His passion for the violin began from an early age. He graduated from Valencia School of Music (Spain), his homeland, where he was studying for fourteen years. From the classical violin he went to the electric violin, which is his true hallmark and his favorite instrument. One day Jose Asunción decided to cover current songs and upload them to the Internet with the sole purpose of bringing the sound of the electric violin to all ears, from the most classic, demanding and music lovers, to the least experienced or even those accustomed to more modern and synthetic melodic rhythms. Album Covers Vol.1, first proper full-length, arrived in July 2017. A few months after it was released, it was bolstered by the next covers he published on YouTube, especially “Una Lady Como Tú” de Manuel Turizo, which reached 1M views.