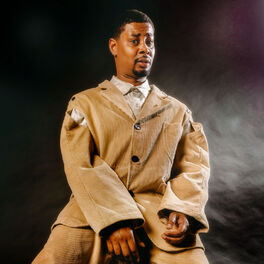 Stay At Home with Run The Jewels

What If It Is

The Man With The Iron Fists

With his broken front teeth, wild, scruffy hair and slurred delivery, Danny Brown's tales of insanity and desperation made him an outcast to mainstream hip-hop's slick, macho superstars, but caused him to be hailed as Eminem's natural successor as the voice of Detroit rap. The son of a house DJ, Brown was imprisoned for drug dealing but, after being released from prison in 2007, started taking his music more seriously. Rejected from a deal with 50 Cent's G-Unit Records because he didn't look or sound mainstream, his Detroit State Of Mind mixtapes led to the independent albums The Hybrid (2010) and XXX (2011) and his experimental style gained a cult following. Rolling Stone magazine named his single Grown Up one of the tracks of 2012 and he won recognition alongside A$AP Rocky and Tyler The Creator as part of an exciting new generation of independent rap stars. His breakthrough came with the album Old (2013) featuring Schoolboy Q, Purity Ring and Scrufizzer, which reached number 18 in the US Charts. In 2015 he announced he was working on new material for an album and also on a Dr. Seuss-inspired book for children. Atrocity Exhibition was released in 2016 and won Brown the Album Of The Year Award from the Independent Music Companies Association.