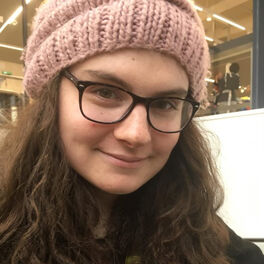 Music From The Peace Night Brings

Undertale - Fragments of a Heart

Reflections of Another World

An Obstacle in Our Path (From "Xenoblade Chronicles") [Solo Piano Version]

Laura Platt is a composer, arranger, and performer of video-game music based in Edinburgh, Scotland. Laura's music has appeared in over half a billion views' worth of videos across the internet, and on her YouTube channel, where she has been releasing original music and arrangements of music from video-games in a variety of genres since 2011, her work has received over 15 million views, amassing over 30 thousand subscribers. Laura is a classically trained pianist, and has worked with Undertale and Deltarune composer Toby Fox to arrange the DELTARUNE Incomplete Piano Score, an official piano sheet music book that covers all 40 tracks from the DELTARUNE Chapter 1 (Original Game Soundtrack) published by Materia Editions. She has appeared as a featured pianist in tracks such as The Moon (from "DuckTales") [Orchestral Remix] by A Hat In Time composer Pascal Michael Stiefel. Her music has been featured in thousands of internet videos, including her score for Ella Stanborough's short film "The Peace Night Brings" (Music From The Peace Night Brings), Overwatch Trailer Theme 2016 (Orchestral Remix) in Blizzard's short "Overwatch World Cup "Training" Regimen", There Goes Hawaii - Epic Orchestra Version in Snapcube's "Sonic Riders | Real-Time Fandub Games", Megalovania (From "Undertale") [Orchestral Remix] in the Undertale-inspired short film "Megalomania" by editor.bri, and the featuring of Living Mice (From "Minecraft") in Flashcode's viral video "Building a Spacious Dwelling".