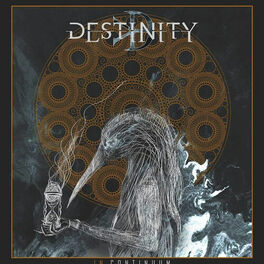 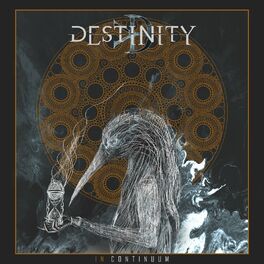 Pushing ever forward. That has been Destinity’s driving force since the creation of the band in 1996 when the three founding members, Mick Caesare (vocals), Stephan Barboni (rhythm guitar), Florent Barboni (drums), joined as teens in their small village just outside of Lyon, France around their mutual fascination for extreme music. Since then, Destinity’s music has been ever-evolving while always keeping it’s uncompromising, angry, and distinctive sound. Even today, the very early influences of Destinity’s symphonic black/death metal beginnings can still be heard on the numerous orchestral parts that punctuate all of the band’s songs. After having secured a spot at the forefront of the French Thrash Death metal scene with "Synthetic Existence" (2005), Destinity gained international exposure with its 2008 release "The Inside" (2008) which opened the doors to numerous tours and festivals in Europe. By then the band had found its musical style : Death Melodic metal, in which they infused their unique blend of relentless, crushing riffs, cachty choruses, and memorable melodic lines for which they are now known. With a new release in 2010 entitled "XI Reasons to See", Destinity kept up a steady pace of touring and festival appearances around Europe leaving just enough time to write what would become the next album. 2012 saw the release of "Resolve in Crimson", an album of nine anthem-like songs based on remarkable hooklines, focused and technical riffs, silky melodies and well-balanced songwriting. "Resolve in Crimson" was critically acclaimed by both fans and the press and Destinity continued touring intensely to promote the album. After a few years of promoting "Resolve in Crimson", a necessary hiatus was needed for the band to pursue other musical ventures. By the end of 2018 the band decided that it was time to hit the stage again and planned a series of gigs in 2019 in France, Germany, and Switzerland playing the best songs off the last 3 records. Naturally, the writing process was re-ignited and Destinity quickly wrote and arranged what would be the sequel to Resolve in Crimson.