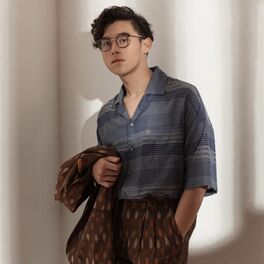 a letter to my 17 year old (Live Studio Session)

Music has been flowing in his blood since childhood. Ardhito Pramono learned to play the piano from his mother. The progress of the digital world he utilized to upload the music he created since 2013, when he was studying at JMC Academy, Australia, Department of Film. His first appearance on YouTube was doing AJ Rafael's song “She Was Mine”. A year after graduating college, he also write and recorded his own music. The first song titled “I Placed My Heart”, then followed by “What Do You Feel About Me” – that became one of the most watched songs on YouTube. Before YouTube, he also use other digital channels such as Soundcloud and MySpace. However, nowadays he focuses on YouTube only, as it is more global. "I can display the visuals when I sing while playing a variety of musical instruments such as guitar or piano,” he said. In 2017 one of the song that he wrote, “Bila” became one of the soundtrack of Ernest Prakasa’s movie “Susah Sinyal”. His debut single "Fake Optics" release on April 2018, and on August 2018 Ardhito Pramono releasing his new version of "Bitterlove", check it out now