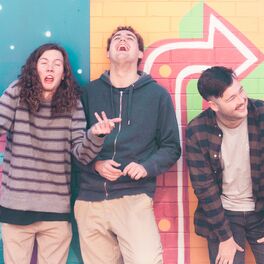 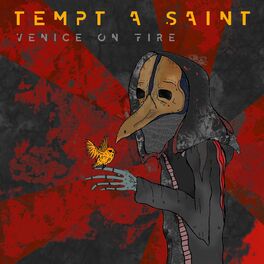 (An Open Door May) Tempt a Saint

VENICE ON FIRE Loud, melodic and passionate Queensland rock trio Telling stories of heartbreak, betrayal and emotion, Venice on Fire are the hard-hitting band you never knew you wanted. A head-banging alternative rock band that wears their hearts on their sleeves, the Queensland trio combine sad, complex narratives and gorgeous melodies with a massive sound designed to fill floors and rooms across the country. A true success story from regional Australia, the Toowoomba-based boys started in western Queensland four years ago when guitarist Tom Gillespie bonded with drummer Darcy Cavanough and bass player Jarrod Hall. The trio took elements from Violent Soho, DZ Deathrays, Smashing Pumpkins and Rise Against to create an aggressive debut EP Home, before following it up with full-length release Tempt A Saint. The self-funded tracks cover a depth of themes and emotions, such as love, loss, tragedy and jealousy. Since moving to Toowoomba two years ago, Venice on Fire has grown in stature and popularity, earning a spot at the Airlie Beach Festival of Music and playing with major alt-rock contemporaries like Port Royal, Bugs, The Chats, Kingswood, WALKEN and Particles along the way. In true rock and roll style, the three boys piled into a 15-year-old Nissan Patrol and travelled 4000km from Airlie Beach to Sydney in support of Tempt A Saint in November, which received airplay on community radio in Australia, the United Kingdom and the United States. Their new single ‘My Friend Mal’, a rip-roaring rock track in the vein of the Hard Aches, Luca Brasi and Dear Seattle, is due for release in September and will feature a massive east coast tour later this year. Comments on ‘My Friend Mal’ “A super-catchy song…the big fist pumping moments are awesome and the verses are catchy.” – Joe Alexander, Bedroom Suck Records