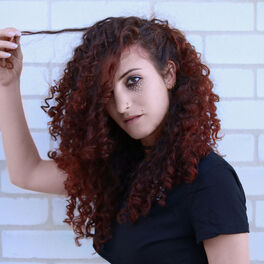 Walk with Me EP

in between: Alternative & Pop

Amanda Ghatorra is a German/Portuguese, self taught live-looping artist, singer-songwriter and producer who is currently based in Berlin. After 3 years of travelling the world, she came back to Germany with many stories to share and since then has been following her passion of making music and performing live. She's a one-woman-band and plays music live with her 2 loop stations, creating mesmerising soundscapes with electric guitars, keys, synths, electronic beats and samples. But above all, it can certainly be said that Amanda’s characteristic and unmistakable feature is her unique voice and the beautiful vocal harmonies that accompany her songs. As for the genre of her music, she likes to fuse different ideas together, creating her own, unique style. She moves between an area of Alternative-Pop, Indie Soul and Electronic Music, always adding a dreamy and mysterious touch to her songs. To top it up, her mature lyrics also introduce an honest Singer-Songwriter feel to her songs. Amanda Ghatorra is all about live performances, sharing the vibe and creating a unique and intimate experience together. During her sets, she frequently shares little stories and introspective thoughts with the audience, believing in the power of opening up to each other and sharing the beauty of this moment together. Being a DIY artist, all of her lyrics, compositions, recordings, mixes and productions are done by herself. All of her lyrics are autobiographical. Since the beginning of 2020, she has been releasing 2 singles per season as part of her concept album 'Seasons', which will be released in Winter 2021.