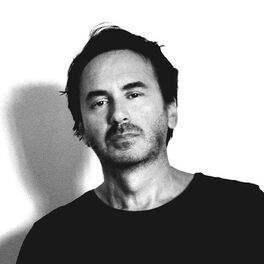 Sicarius Hahni was born and raised in Brindisi, an old italian sea town known as the "East Door" for its maritime connection to eastern world. Despite his cultural roots, as a child he was attracted to electronic sounds, overwhelmed at eight when he heard the Kraftwerk for the first time. Growing up, he followed industrial band like Coil, Clock DVA and Psychic TV, but also space music like Tangerine Dreams. Sicarius Hahni started playing synthesizer. A model he built himself as he was student of electronics. During studies he approached the writing, directed to science-fiction and futuristic themes. He often considered his musical compositions as the soundtracks of the stories he wrote. Sicarius Hahni, comes from the name of a powerful and venomous spider, able to stay hidden and camouflaged for days while waiting for the prey. The sound of this new project is less oriented to ambient music and characterized by a rhythm in foreground without leaving the textures he loves.