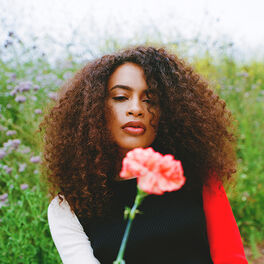 The Heart Of The Matter

Locked Out Of Heaven

Locked Out Of Heaven

I Miss You (feat. Nicole Bus)

Nicole Bus is a Dutch R&B singer who incorporates elements of gospel, hip-hop and pop into her work. She grew up listening to artists like Sade and Bob Marley, as well as a wide range of gospel performers. She sang in church and at aged ten started learning the keyboard, recording beats onto floppy discs. Following high school Bus attended Conservatorium van Amsterdam and traveled the country with various groups through the Netherlands, Central America, the Middle East and Asia.

At the close of the 2000s she broke out on her own, self-publishing her debut EP 'U Alleen'. From there she signed with the Dutch arm of EMI and released her full-length debut, 'The Heart of the Matter'. In 2014 her profile got a boost when she appeared on the Dutch version of 'The Voice', reaching the quarter finals.

In May 2016 she released the Dutch language EP 'Nederlandse Bodem' through TopNotch, following it with another Dutch-language record, 'Magnolia', in early 2017. Later that year she began working with Atlanta-based producer Needlz, leading to a deal with Roc Nation. It was through them that she released the hip-hop-soul throwback single, 'You', topping Billboard's Adult R&B Chart and leading into the 2019 album 'Kairos'.