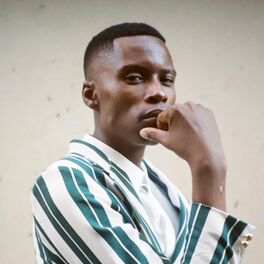 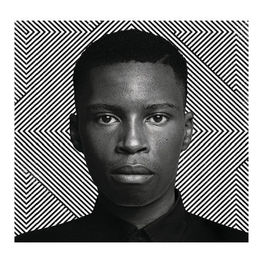 To the World & Beyond

par We Will Worship

The Sounds of OppiKoppi

To the World & Beyond

par We Will Worship

Tsolo-born Bongeziwe Mabandla came to the fore with his debut album, Umlilo, in 2012 and was hailed as the new face of Afro-Folk, effortlessly able to entwine Xhosa lyrics with traditional music and the Eastern Cape’s folk stylings to create something uniquely captivating. In the six years that have passed since Umlilo’s release, he has amplified his already considerable gifts and is now joining Africa’s most highly regarded musical exports in creating a global audience for the music he makes. It was no surprise to his devoted fanbase when Bongeziwe Mabandla won a South African Music Award (SAMA) for Best Alternative Music Album in June 2018. The award for his album, Mangaliso, revealed the ability of Mabandla’s music to stand out from the crowd, and be recognised for its unwavering originality. Indeed, since its release more than a year ago, the album has proved a powerful calling card for the South African artist: Alongside the SAMA award, Mabandla’s soulful and emotional songwriting has earned him critical acclaim and several high profile commercial collaborations and syncs, including for the award-winning Carling Black Label #NoExcuse campaign and the South African Reserve Bank. His mesmerising live shows in support of Mangaliso have seen him perform (among many other dates) at this year’s Oppikoppi festival, Durban’s Zafiko Music Festival, and the Safiko Music Festival in Reunion Island. Mabandla is now signed to Safiko Booking Agency and spent October performing all over France, both solo and with Nakhane, another South African making an impact on the global music stage. One of Mabandla’s French dates was an appearance at theMaMA Festival & Convention in Paris on October 17th —a multi-venue, multi-genre festival in the heart of Paris that’s set to provide an important setting for Mabandla’s transcendent live show. A slew of stunning videos for Mangaliso—including for the album’s sublime title track—has also played a role in elevating Mabandla’s profile. The video for “Bawo Wam”, a track off the album that features Spoek Mathambo, was directed and shot by award-winning, Johannesburg-based cinematographer, Rick Joaquim and released in May to real acclaim. The video is a visual feast that reflects Mabandla’s journey, from growing up in a rural Eastern Cape village to moving to Johannesburg to study film and becoming immersed in the city’s music scene, and then following his creativity to songwriting, recording and performing under Universal Music. Bongeziwe is joined by Tiago Correia Paulo, formerly of Tumi and the Volume and 340ml, and among Southern Africa’s most adventurous producers; The majority of Mangaliso’s were tracked in Cape Town by Beatenberg’s Ross Dorkin and the album also features Robin Brink from Beatenberg on drums as well as a guest vocal by Spoek Mathambo. By singing in isiXhosa and encompassing the influences of his upbringing and culture, he shares with us not just his talent but his cultural identity as well.” Mangaliso’s first single was “Ndokhulandela”, a hypnotic song that showcases Mabandla’s meditative, yet powerful, voice—and the album contains many other songs that more than prove that the praise and accolades (including two South African Music Awards nominations) that surrounded Umlilo’s release were deserved. For the artist, Mangaliso’s dual meaning—“marvel” or “miracle”—is indicative of the highs and lows of his journey since the release of Umlilo. “The period between Umlilo and this album was not always easy,”Mabandla explains. “But it meant I had to do a lot of growing up and I think that is reflected in the new material. In a way, I feel like I am starting again, so Mangaliso carries the energy of something totally new and invigorating.”