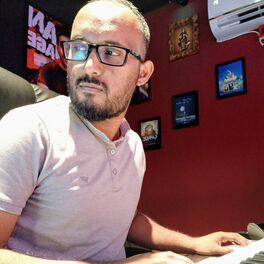 Sadeeptha Gunawardana is a prominent figure in the Sri lankan music industry.He has collaborated with many notable artists: Srilankan and Indian. Most of the songs he composed became highly successful and very popular among the public. He has done music for television productions, documentaries and short films, also for many radio commercials, jingles and TVC for well-known brands in Sri Lanka and India. He has a master's degree in Human Resource Management