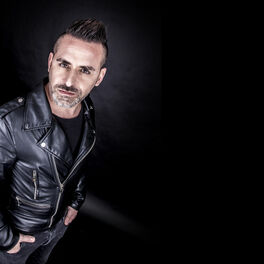 U Got the Love

Back to the Feat

Rossano Prini, aka DJ Ross, made his first serious foray into the Italian dance scene in 1993 when he began DJing at various clubs in the north of Italy. His first success as an artist was with 'Happymen - Love Is You' with Do It Yourself. Meanwhile, he was working in other areas of the music industry in roles at Discomagic, Self Distribution and Email Records. The end of the '90s saw him working as the A & R manager for Time Records and managing SPY Records, while keeping up his work as a producer.

In 2002, with the help of Paolo Sandrini, Prini began recording as DJ Ross and put out the single 'Dreamland' followed by 'Emotion'. He began playing clubs internationally, covering Europe, North America, Russia and Brazil. He put out a string of releases in the years that followed, frequently collaborating with DY and producing remixes including 'O-Zone Dragonstea Din Tei', 'Ligabue - Happy Hour' and 'Vasco Rossi - L'uomo Più Semplice'.